This page is the brochure for your selected program. You can view the provided information for this program on this page and click on the available buttons for additional options.


Applications for this program are not currently open. If this is an ANU exchange program, you can view the next exchange program application opening dates and closing deadlines here.
Fact Sheet:
Program Description:

About the Beijing University of Technology 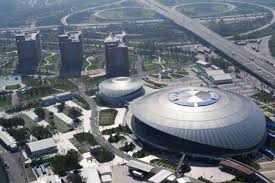 Beijing University of Technology (formerly known as Beijing Polytechnic University) was founded in 1960. It is a key university under the administration of the Beijing municipal government, which has established a multi-disciplinary academic structure. The structure offers various programs and also involves in diversified academic research in the fields of science, engineering, economics, management, liberal arts and law. It is ranked as one of the 100 key universities for the 21st century. Its mission is “relying on Beijing, merging into Beijing, inspiring China and orienting itself to the world.” In fulfilling this mission, the university has become a base for cultivating qualified high-level personnel, for scientific and technological innovation and for research and development.

The costs of studying overseas vary greatly depending on your lifestyle and where you go. Major costs are your return airfare, accommodation and living expenses, which vary from country to country. Living and travel costs range from as little as $2000 in total for short-term international study programs, up to $2000 per month (more in some high-cost countries) for full semester or year programs. Some partner universities also require you to pay for health insurance, orientation or extra-curricular activities, so be aware that extra costs like these might pop up.

Indicative travel and living costs can be found on websites such as:

For all ANU endorsed programs you continue to pay your fees to ANU, but you are exempt from paying tuition fees to the institution overseas. Often long-term overseas study will not cost much more than studying in Australia and it will give you an experience of a lifetime.

It's possible to hold more than one scholarship, bursary or grant at a time, so checking out all of the funding opportunities available to you is a good idea.

You may also be able to source some funding through our partner universities - they provide scholarships and grants to encourage you to choose them as your destination.

OS-HELP is a Government loan scheme to assist eligible Australian students enrolled in a Commonwealth supported place, who wish to undertake an overseas experience as part of their degree.

ANU students can attend Beijing University of Technology through both the Student Mobility Program and the College of Asia Pacific's Year in Asia program. Priority of placement is given to Year in Asia applicants.

A list of relevant email contacts can be found here. Other useful information can be found in the Support & Services tab on this page.